It goes without saying that rent in America’s major cities is high. However, the rent in Boston is among the highest in the country. What causes this cost of living increase? Several factors.

The rent is too **** high in Boston! According to Zumper, Boston’s rents are among the highest in the nation. According to analysis, when looking at the top 10 median rent prices for 1-bedroom apartments, Boston is tied for 4th in the country.

The Rent in Boston and Elsewhere: Top 10 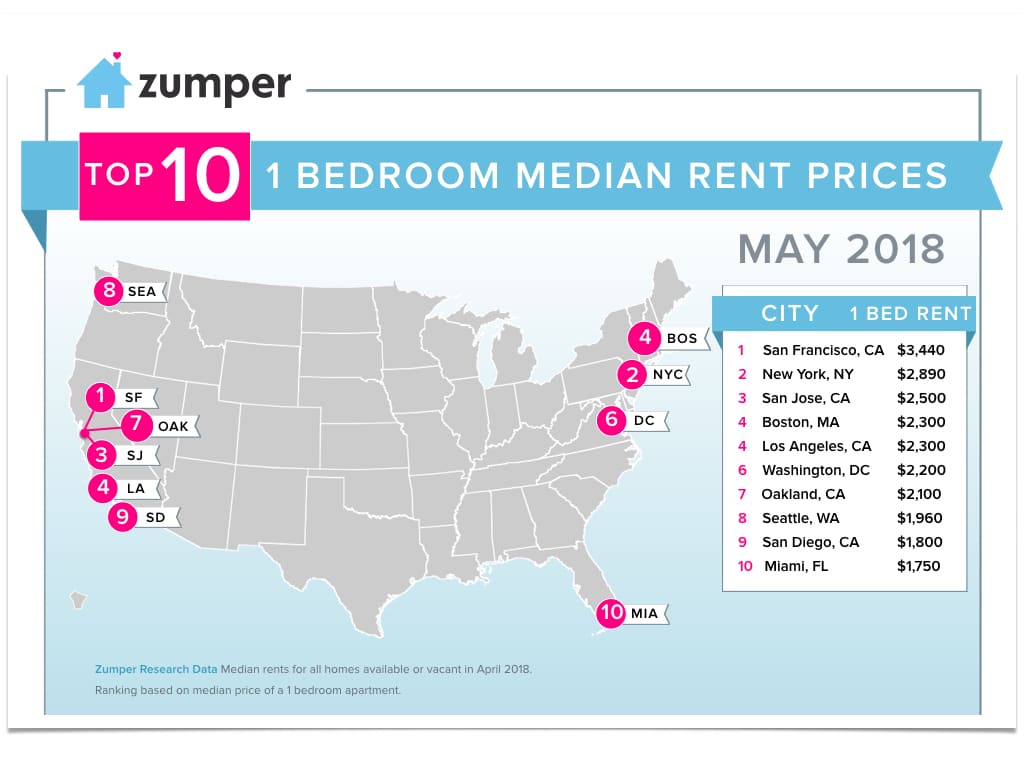 However, Boston’s median rent of $2,300 for a 1-bedroom apartment is equal to Los Angeles and not far off from other “high cost” cities such as San Jose and Washington, D.C.

Rent in Boston is driven by several factors. The high cost of homes in Boston (median price: $500,000 and above) presents a barrier to entry into the housing market. With high home costs, many people opt to rent instead. If fewer people in Boston are buying, more of them are renting. The same is true for Boston’s suburbs which are also high-cost.

Supply and demand is another factor. While there are plenty of available homes and apartments in Boston, it isn’t enough to satisfy demand. Boston’s population has been booming in recent years which increases the competitiveness of the market.

Lastly, Boston’s residents are generally well off. The city has its share of rent-burdened households, however Boston’s economy is in good shape. With a lot of money pouring into Boston, higher income residents can afford $2300+ for an apartment. Unfortunately, this leaves lower income residents with less mobility and fewer options.

Movin’ Out or In?

There are a lot of reasons to like Boston. However, cost of living may not be one of them. As one of the more expensive cities in the country, some residents may choose to look elsewhere for an easier cost of living.

Compare your cost of living in Boston with another city of your choosing. Input your costs and City vs City will show you a side by side comparison revealing how your expenses will change in your new city.