The question for affordable homes is a journey that many are undertaking. However, rising home costs and other cost of living expense are making it difficult. According to a recent report, home prices aren’t rising as fast anymore. However, they aren’t exactly coming down either.

What is “deceleration?” It simply means that home prices are still on the rise in many markets, just not as quickly as they have been in the past. So, home prices aren’t rising as fast; but they’re still rising. 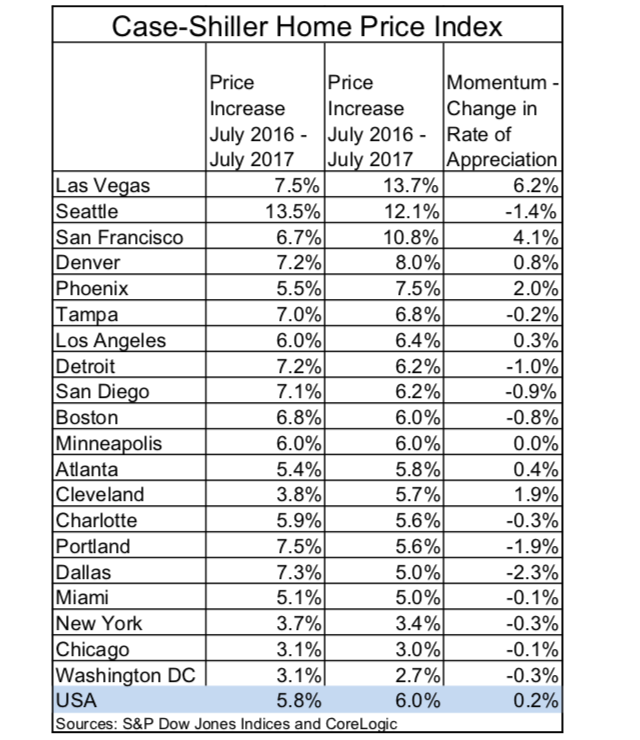 Across several real estate markets, prices are increasing; as seen in the second column. The percentage increase ranged; however, the momentum change has slowed. 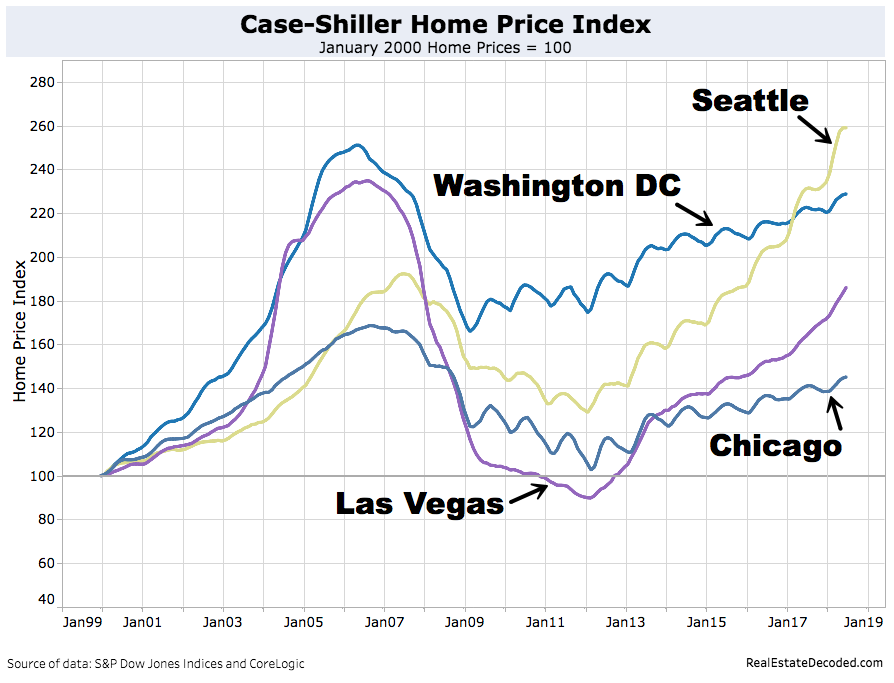 What Does It Mean?

Analysts are trying to figure out whether the slowdown is an indication of a new trend in real estate. I.e. is the housing market cooling off? Will prices start to come down soon? Some markets are still booming and prices are increasing steadily. However, the overall trend is that home prices aren’t rising as fast as they once were.

For current homeowners, this news is both good and bad. A lower rate of appreciation means their home may not be valued as highly as they hope when it comes time to sell. At the same time, a lower assessment may lead to lower property taxes.

For home buyers, the news is welcome. Slower rates of growth means more affordable housing when it comes time to make a purchase. This, of course, may not be the case for all markets. For example, let’s take two of the markets on the chart above: Seattle and Chicago.

Using City vs City we can compare cost of living expenses between these two cities. City vs City compares a host of costs including housing. Seattle and Chicago are both known as high-cost cities. However, Seattle has a reputation for being very expensive.

Will this bare out in our comparison? Check out the video below.

Annual housing costs in Chicago are an average of 57% cheaper than Seattle. And on average, you will need 27% less in pre-tax income to live in Chicago than in Seattle.

City vs City takes your information and compares it across two cities of your choosing. We’ll tell you ultimately how much cheaper one city is than another; and how much more (or less) you’ll need to earn in order to maintain the same standard of living in both cities.

With home prices uncertain, City vs City can be a huge help to anyone looking to make a move. It may be true that home prices aren’t rising; but the question is where? If you’re thinking of making a move, don’t make a move without downloading City vs City first!